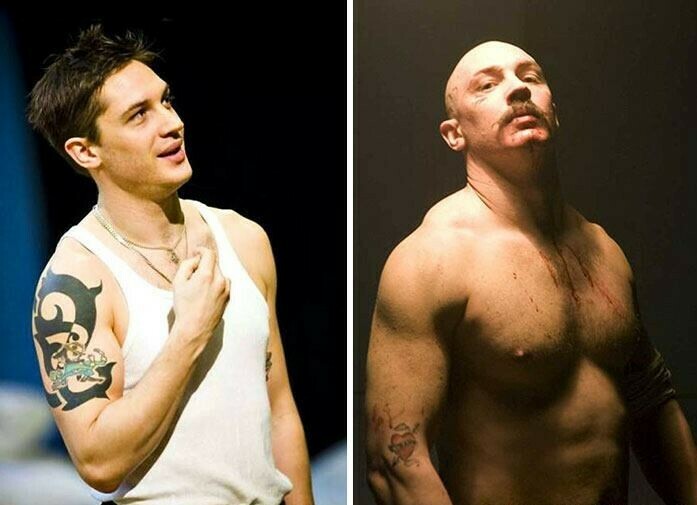 For many people, acting comes down to the red carpet, the spotlight, the fame.
But the truth is that in addition to a difficult emotional process, preparing for a role sometimes requires drastic physical changes.
Here are our top 5 actors who have changed dramatically for a role.

For the movie Guardians of the Galaxy, Chris Pratt had to lose nearly 60 pounds in 6 months. He had a personal trainer and a personal nutritionist who took care of his health and physique. To get in shape quickly, his daily calorie intake had to be close to 4,000.

For the comedy movie 22 Jump Street, in 2014, John Hill had to lose about 40 pounds. Together with their personal nutritionist, they discovered that Japanese food, and especially the sushi, was extremely effective for losing weight, according to its individual regime and shape. Two years later, the actor is undergoing another transformation where he had to re-load those 40 pounds for his role in War Dogs.

The preparation of Tom Hardy to take on the role of Britain’s worst criminal – Michael Gordon Peterson, known as Charles Bronson, has been extremely difficult. In 5 weeks, he had to put on lots of pounds to get close to the physics of young Peterson.
The actor has visited Bronson himself in prison so he can study him and get as close as possible to his character. In their meetings, Bronson said he did not believe it was possible for Tom Hardy to come close to looking physically like him, but after 2 weeks of hard work, he was surprised by the result.
Part of the actor’s exercises were some of the classic push-ups, crunches, and endurance exercises. “At the end of the preparation, my legs looked like storks, compared to my upper body,” says Tom Hardy himself.

For his role in The Machinist, Christian Bale lost 70 pounds. To achieve this, he eats only canned tuna and one apple a day for 4 months. Its menu is made up of only 260 calories a day and includes coffee and water. And for an even better result, Christian Bale did extra cardio workouts

For his role as the assassin of John Lennon in Chapter 27, Jared Leto weighed 33 kg, which he says helped him feel the role.
The complete opposite is the challenge of becoming a 51-pound transsexual Ryan with AIDS. He shares that the many suspicious looks he encountered during his preparation helped him to better understand the experiences of trans people and build a better character of his role at the Dallas Buyers Club.

Follow us for our Part 2, for some more interesting dramatic transformations.

Who would you include in the next rank? Share your choices in the comments and you can see it in our next article.