BHALG Theater was established in the summer of 2015 by several independent artists.

The main figures behind the association are Alexander Tsvetkov (Ale-Hop Productions) and Georgi Simeonov (Star Ikars Artist). The idea of creating a group of dedicated actors and artists, united by the goal and desire to make theatre and art distant from commercialization or preconceptions related to professional qualification, is one of the main principles of BHALG Theater.

The name selections of the theater is associated with long research in effort of finding the most appropriate, synthesizing goals, intentions, ideals and energy of the team in one word. As the association consists mainly of Bulgarians who bring out as a priority native vulture, language, history and values, it came to the concept of “BHALG”. The name is not an abbreviation. The literal translation of the ancient Bulgarian written history, “bhalg” means “light/glow”, typical of the halo around the moon, the soft light of a burning candle and even glow which have been described deities in ancient times. This Sanskrit can be found even in the name of our country. In ancient times the name of the lands was “BHALG ARIA” – “the land of the shining people”.

The creation of such an institution is always associated with difficulties and unexpeted obstacles. The theatrical formation is forced to acquire the necessary documentations, a rehearsal room and working conditions for a short time, as well as an extension of the casting staff in order to fill the required number of artists which to develop, in the long run, the ambitious goals of “BHALG” Theater.

After the necessary castings and competitions, detailed selection of actors and artists, preparation and training, “BHALG” Theater started its first project - the post-apocalyptic drama "19:11". The play is based on some of the most shattering excerpts and texts of classical antient drama, updated and united by a common storyline with a very strong energy backing and charge. Audiovisual elements, battle scenes and cascades, rare play style, non-standard solutions and approaches to stage design and costume design make the spectacular vision of the show. The realization of the first professional premiere of "BHALG" Theater together with STAR IKRAS ARTIST coincides with the birthday of the theater formation and marks the successful start and the serious intentions of the young artists. The premiere performance on 16.06.2016 in the theater "Osvobozhdenie" leaves viewers impatient for the next spectacle.

Along with the preparations of "19:11", the search of actors continues, the cast grows dramatically and the need for new titles and projects leads to the launch of FILM (MOVIE) - a contemporary dramatic comedy and a very interactive theatrical play. Afterwards, the projects - Super Mario (Nintendo and Shigero Miamoto consoles) and the Show Lecture for Happiness (a performance by Ivo Ivanov's book "The Curve of Happiness") were created, establishing a significant repertoire of various performances.

Cast members are often sought after and regularly starred in series, real-time formats, cinema and shor film projects, performances by other theater organizations. A large part of the team takes part in the performances of one of the main partners (Star Icars Artist), among which the titles Viva la Mama, Don Pasquale, Countess Maritza, Rita and others.

The next major event in the history of the theater is the premiere of “Show Lecture of Happiness”, on 13.12.2016, where the dramatic leap in the attendance and audience interest in the BHALG performances is noticeable. In front of the almost crowded theater “Osvobozhdenie”, the theater sends 2016 with success and realization of his work and creativity.

In the beginning of 2017, “BHALG” Theater starts its joint venture with "ALE-HOP Productions" as the main partner on the way of realization. Success is not late! The Theater makes its first official participation at the festival "Ocean of Love" with the performance "Show Lecture for Happiness", and a week later carried it out to the audience in the capital of the counry - in Lumière Cinema, part of the National Palace of Culture.

Till now, BHALG Theater works successfully with "ALE-HOP PRODUCTIONS", in the name of searching new alternative roads for realization to young bulgarian talants in the sphere of art.

The plans for the BHALG in 2017 are connected with several participations at different festivals, finalizing theatrical projects, launching new ones, maintaining and systematically presenting the already presented titles, realization of an international workshop on "Theater and Art". The next stage in the capital will be at the beginning of summer on the stage of the “Tear and Laughter" Theater, where the second premiere of the post-apocalyptic performance "19:11" will be played. Next were "Show-lecture for happiness" and "Super Mario" which were played at the International festival "Theater's Night" only a week after their participation in the festival "Ocean of love".

In the summer of 2018 BHALG Theater, along with “ALE-HOP PRODUCTIONS” launched a new play – “Uppercut”. The story written by Victor Smirnenko is one of the biggest projects in thearer’s history in which a partnership with “Sports Center PULEV” and “Pole Dace Bulgaria” was born. 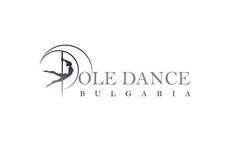 In March 2018 BHALG Theater played again in Pazardzhik at the “Ocean of love” festival. This time with two titles – “Super Mario” and “FILM” (pre-premiere), which was premiered in May 2018 in Sofia. 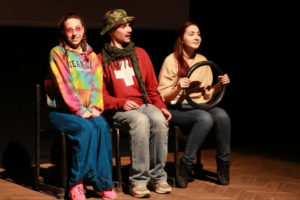 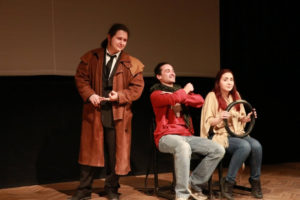 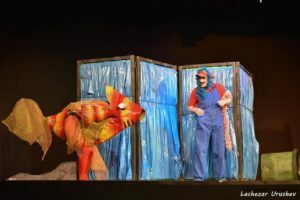 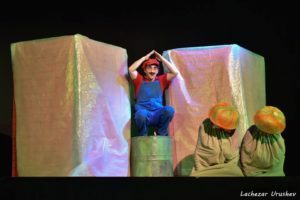 In the next few months the partnership between BHALG Theatre and Art Theatre brought to series of plays in front of full theater salons – “Show-lecture for happiness”, “FILM” and “Super Mario” which was part of the Christmas events in Russian culture information center. 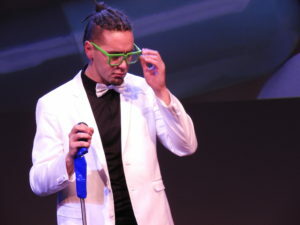 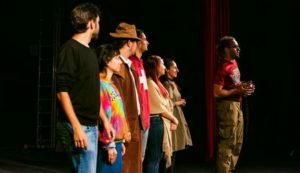 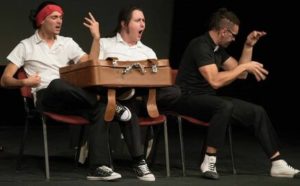 In the long run, “BHALG” Theater aims to expand with more age groups (including children), monthly presence of the theater poster with a rich and heterogeneous repertoire and its own building with a stage and a salon, the necessary equipment and conditions for quality performances. 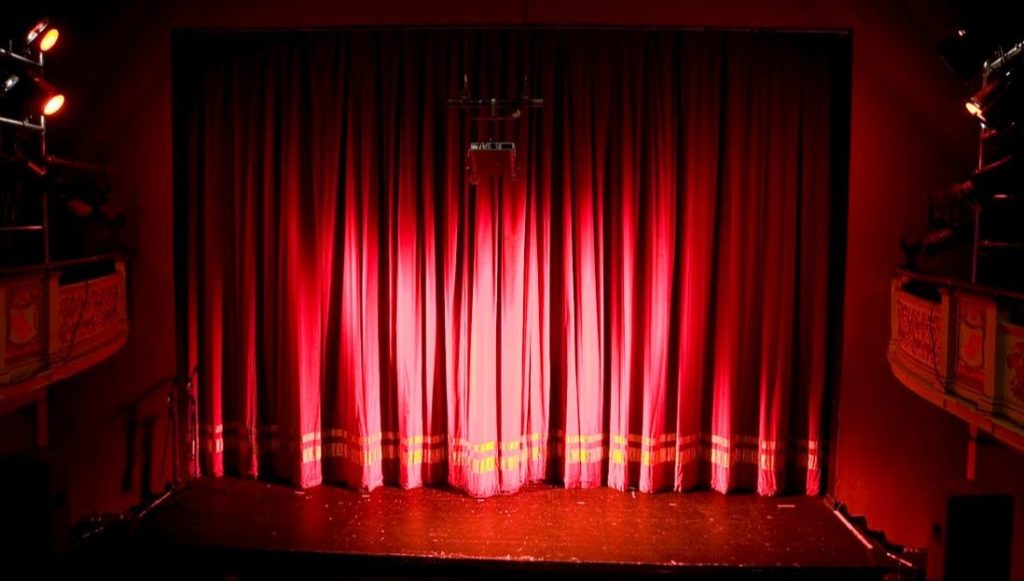